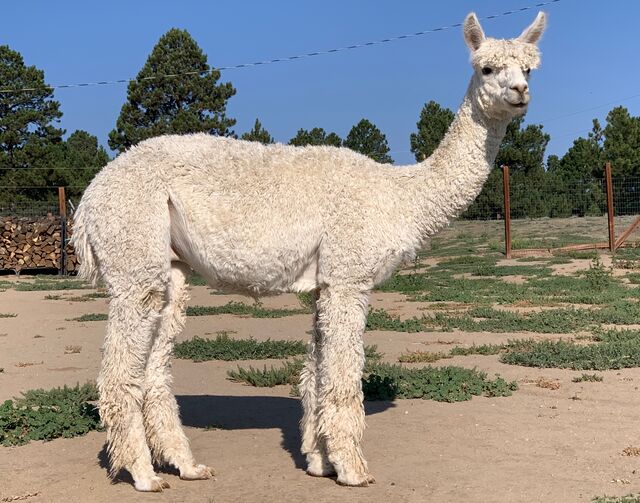 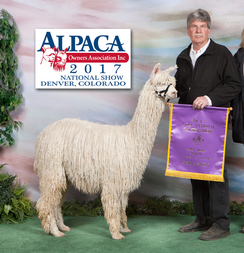 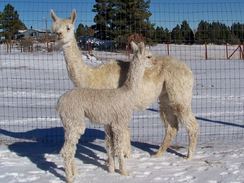 Ask a question
Details
Certificate Histogram EPDs
Goldyn Rae's Nikola is a stellar white male out of our Accoyo dam Illyria and Mont Blanc son Alejandro. This kid is developing a very nice fleece with lustrous, flat, independent locks. His regrowth is amazing! Nikola is a BIG male (over 200 lbs at 3 years).

Dam Illyria's pedigree is a who's who of accoyo royalty. Adding to the Sedoso & Uribe lines from her sire are the extremely rare & sought-after Ganador & Starbuck lines from her dam. Illyria is holding great fiber stats including a 22.6 micron at six years of age. Her offspring have top 1-5% EPDs. Illyria produced an AMAZING white female (Leda) who sports TOP 1-3% 2019 EPDs in the first FOUR fiber categories and killed it with a 76.6 biopsy Density. Leda's white daughter Yara won Supreme Champion at the 2020 AOA National Show as a juvenile. Illyria's 2017 female (Hopi) returned top EPDs as well and both have very fine, low SD and low greater than 30 fleece stats. Nikola no doubt has the potential for similar heritable characteristics!

This kid has all the potential and we are excited to watch him develop. Dam Illyria's daughter produced an Alejandro female that won Supreme Champ at the 2020 National Show as a juvie. Illyria's retained stats are impressive and we expect Nikola to benefit from the same heritable characteristics. Check out his 2022 daughter from Sea Silk - 22 lbs at birth - Amazing!! 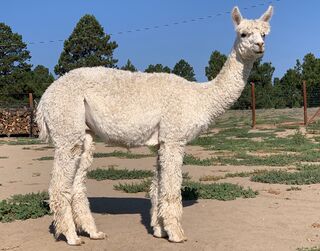 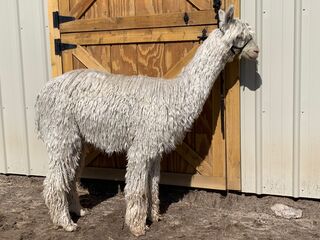 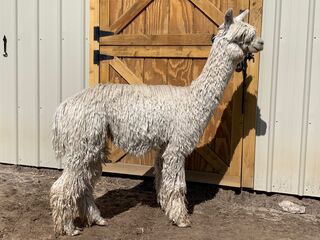 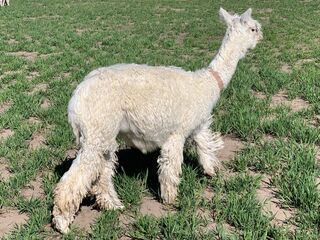